35 YEARS ON THE ROAD 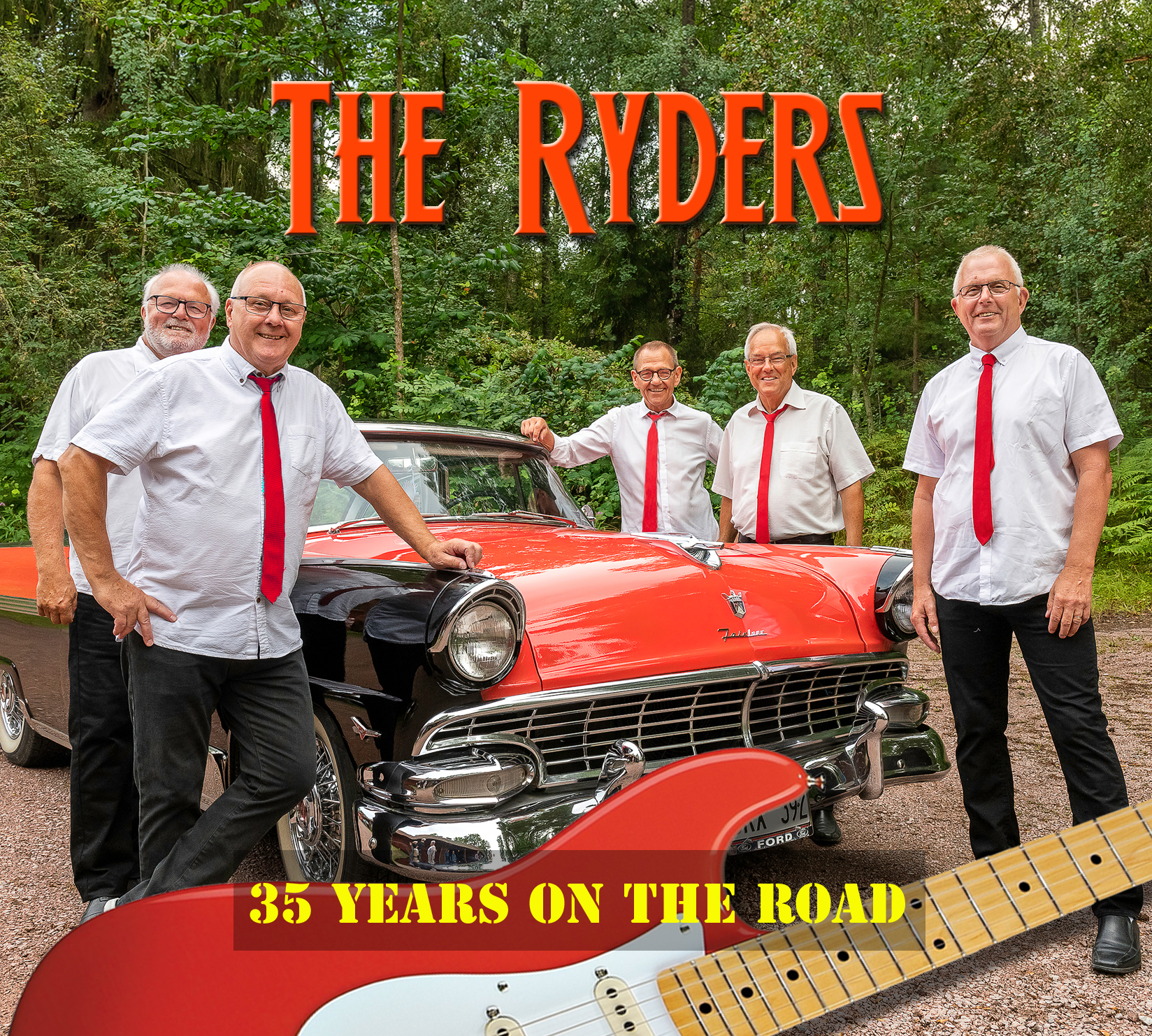 The group´s members are (from left on picture):

TheRyders play a mix of instrumentals and vocals from mainly early 60´s, but also some newer and older material. Much of the sound is influenced by The Shadows.

TheRyders play at dances as well as 60´s evenings on pubs and clubs mainly around their home town Västerås (about 110 km from Stockholm). The group has played on concerts together with some of the great early Swedish popgroups as Hep Stars, The Shanes and The Boppers. They also have been on several radio shows and festivals. In 2004 The Ryders participated in The International Cliff Richard & The Shadows Fan Meeting in Tilburg, The Netherlands, and in 2005-2012 the group has performed  both in Finland and in Germany at similar festivals.  In Sept 2013 THE RYDERS played at ShadowDania in Denmark for the third time. In Oct 2014 the group performed for the third time at The Shadows Music Convention in Germany. In May 2015 they participated at the Spotnicks Festival / Nordic Guitar Club Festival for the 6th time. On July 01 2017 THE RYDERS performed for the fourth time at the great Rautalanka Festival in Nastola, Finland and in June 2017 they also played for the first time in Scarborough, UK.