The group started in 1986 as RobbieandTheRyders. The members then were Dennis Robinson- vocals and rhythmguitar, Göran Olsson- bass, Tommy Anklev- drums and Kurt Fröberg- leadguitar. Remaining from those days is Kurt. The group made one record, a single on the TRIOLA label.

During the period 1989-90 the group had split up but in 1991 The Ryders were formed. At that time the line-up was Tommy and Kurt and the new members Tomas Bygde on bass and vocals and Göran Ulfstedt on rhythmguitar. Picture of The Ryders -91.

To get a broader musical width a new singer was needed. Per Olof Bäckman joined the group in the autumn of -93.

In the summer of -96  Tomas Bygde left the group and was replaced by Ejje Pettersson on bass.

A great moment for TheRyders was when they during the festival Arosfestivalen in June -97 performed on the big stage just prior to one of Sweden´s most famous singers Tommy Körberg (the musical "Chess") had his performance. On that day the group also made a live performance in a live radio broadcast made down at the marina in Västerås. Pictures from the live broadcast.

During the autumn of -97 the plans of releasing a CD with The Ryders were taking form. It resulted in the decision of making a six-track CD, three vocals and three instrumentals.
The recording and mixing was done at  SGV Recording Service, Studio Grävlinge in Irsta just outside Västerås. The CD was released in december -97. The tracks on the first CD.


In December -99  The Ryders´ second  CD was released. This one was also recorded at SGV Recording Service, Studio Grävlinge and contains 16 songs. 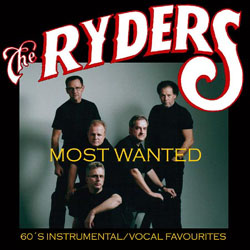 Read more about this CD on the News page!


At the end of 2002 Tommy Anklev was replaced by Christer Sundvall on drums.


In May 2004 The Ryders´ third CD was released. This one is also produced in SGV´s Studio and has 16 songs. 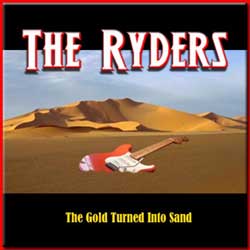